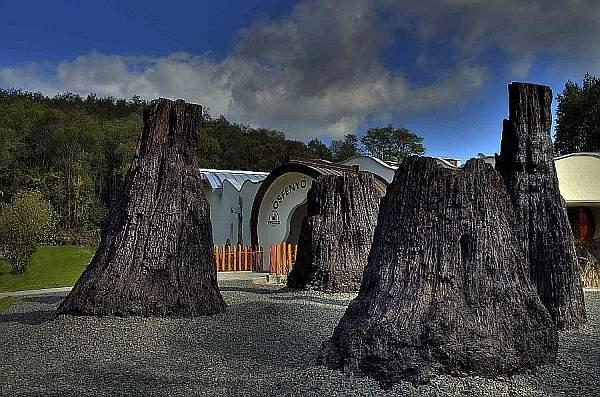 The Fossil Park is also called the ’palóc Pompeii’ and can be found 2km from the village of Ipolytarnóc in Nógrád county.  A volcanic catastrophe destroyed the ancient habitat and preserved its 20 million year old history. You can see sand from the former Pannon-sea interspersed with the remains of shark's teeth, dolphins and other sea animals as well as a 100 metre tall petrified tree. The sandstone surface has retained footprints of animals visiting the watering hole. 11 species of animals (ancient rhino, deer, big cats, dogs, birds) have been identified from over 2700 preserved footprints. A guided tour and 3D films make the ancient environment come alive for the observer. (distance 50 km)